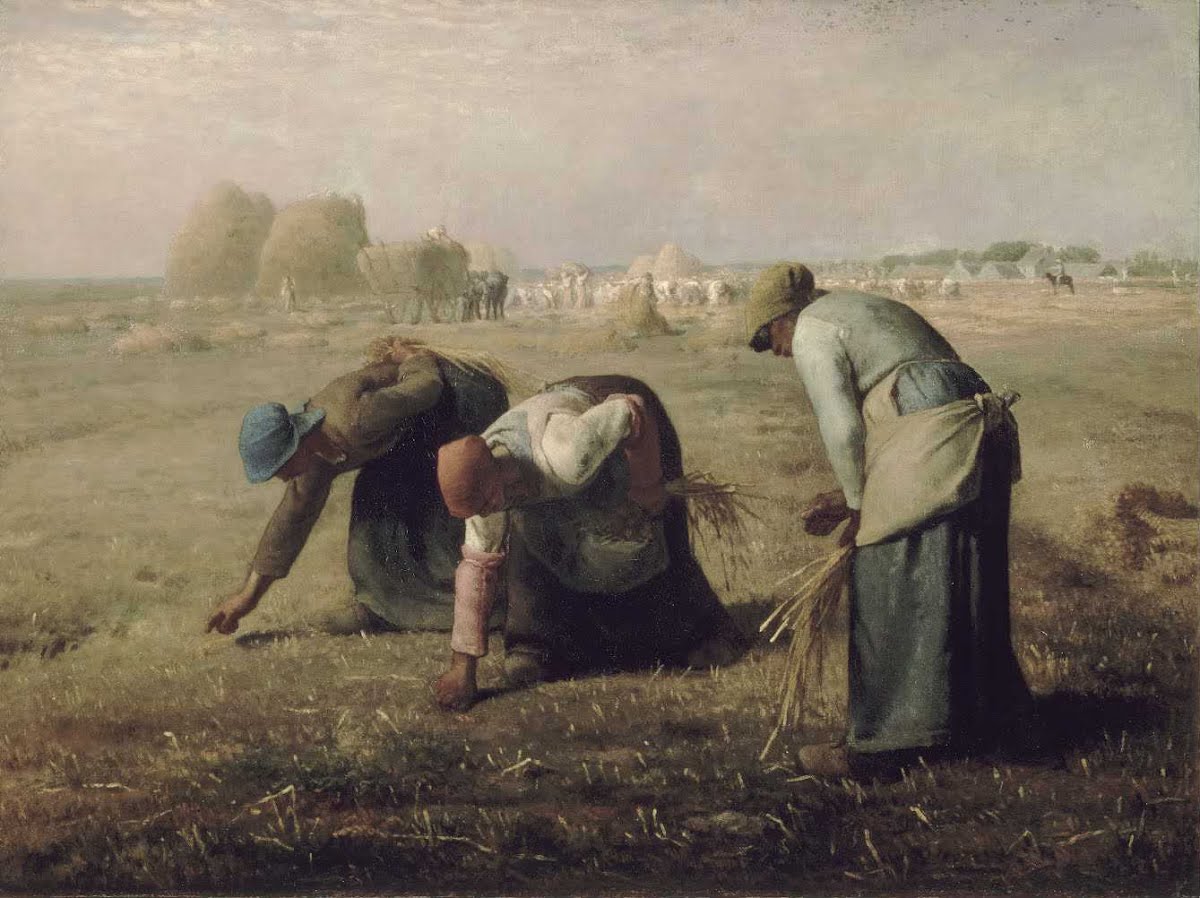 THE GLEANERS by Jean-Francois Millet - An iconic work that inspired famous artists.

Jean-Francois Millet was famous in the era before the Impressionists took France by storm. He developed a style and subject matter that appealed to the emerging middle class of hard working entrepreneurs that were common in the 19th century. They appreciated the work ethic of the peasants, but they also yearned for the clean air and sunlight which was largely absent in their city bound lives.

Millets work was greatly admired by Camille Pissarro, one of the fathers of Impressionism and he became inspired to visit the hinterland of France and paint plein air. He in turn inspired many of the younger Impressionists and the Post Impressionists to come. 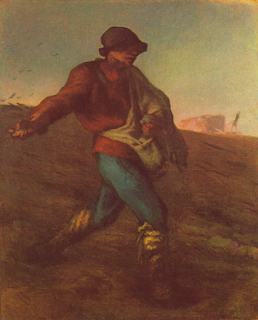 Vincent Van Gogh the master Post Impressionist, copied the composition and subject matter of many of Millets paintings, infusing them with his own inimitable style. He became obsessed with several of Millets works, such as "The Sower" 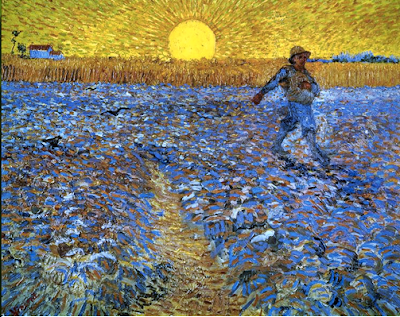 Millets sense of light and simplicity still inspires artists today. It's not the industrial mania that we are trying to escape, but the suffocating and insistent presence of technology, but it ammounts to the same desire to return to the simple life.

MIllet was born 4 October 1814 near Gruchy, Cherbourg, France. He was a Romantic Realist focused on depicting the working life of peasant farmers. His treatment of light and movement fool the viewer into believing they are rapid renditions of life, but in fact they were carefully composed and painted meticulously in his studio. 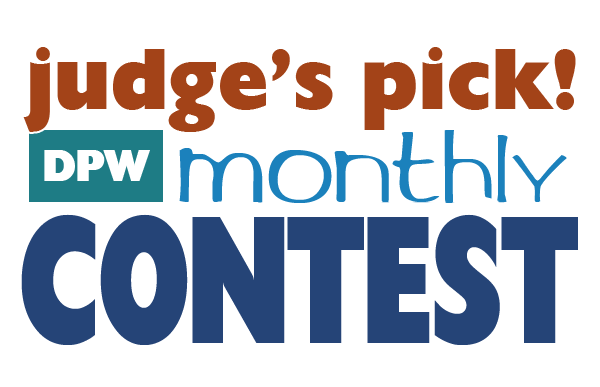